During a scheduled heating inspection and tune-up for a client, we immediately noted a strange burning smell coming from the 3 zone 50 year old Federal Boiler that is installed in a closet next to the ground floor kitchen. During all heating calls, we perform a combustion and draft analysis. Within 5 minutes confirmed that … Continued

Residential steam heating boilers typically require makeup water approximately 3 to 4 times per month. If the system requires fresh makeup water more frequently a leak is generally the cause. Unfortunately most homeowners are unaware of this. If you are adding water frequently to your cast iron steam boiler (or if you have an automatic … Continued

A local Woodmere, NY homeowner with a steam heating system was frustrated with several radiators failing to heat up. He called several plumbing contractors, even an expensive “franchised” plumbing outfit to diagnose the issue. Sadly all failed to properly diagnose failed steam traps on a “two pipe” steam system. One “technician” even removed the plugs … Continued

Our client, a homeowner in Valley Stream, was sick and tired of constantly changing the cartridge in their whole house water filter. Initially they were changing the $35 5 micron filter every 6 months but over the years the water quality coming into the house grew much worse. If they didnt change the filter very … Continued

After 15 years of dependable service we removed a slightly oversized 2 1/2 ton R22 Carrier system and replaced it with a new Carrier 16 Seer 2 ton R410A air handler and condenser. We also installed a Carrier UV light (installed on the return plenum), added an external condensate drain pan with emergency shut off … Continued

After our clients recent trip to Asia where washlet seats are a commonplace, we installed (3) Toto G500 washlet toilets.

Client’s existing Weil Mclain AquaPlus 100 indirect fired water heater was leaching an unknown lime-green substance into the potable HOT water supply. After attempts to flush and drain the indirect water heater and installing a 3M Aquapure hot water filter (that got clogged in days with this substance) we installed a Navien NPE-240A tankless water … Continued

How can we help?

Customer satisfaction is our #1 priority

Daniel and Mike did a great job repairing my Navien. They were here right away and fixed the issue I was having. I would highly recommend Pipe Doctor!

I have been following Mikey Pipes/ Pipe Doctor on his YouTube channel and having watched all of his videos I must say that he is one of the most honest contractors I have ever seen and his professionalism is incredible. It is so impressive that he always gets to the root of the problem quickly and always comes up with the very best solution on the spot. Anyone that hires his services must consider themselves lucky!

This is my second year using Pipe Doctor for my HVAC maintenance. Mike and his technicians are simply the best in the business. They arrive on time, are courteous, and most importantly they know their stuff. They do the job right.

While we live several states away, we watch the videos that Pipe Doctor releases on Youtube. Mikey is extremely responsive on their social media platforms, even to people that are not their direct customers. If Pipe Doctor ever branches out to my area, we will absolutely use them for all our HVAC and plumbing needs.

Been Relying on These Guys for Years.
Good work, fair price, quick response, and nice guys who are professional and know their stuff. They’ve never disappointed me.

My water heater stop working and I needed a replacement. I Called pipe doctor and within 3 hrs Mike showed up, looked at it, and gave me a reasonable price. Mike was very professional and did a great job. Keep up the great work!!!

Pipe Doctor is definitely an A++ local business that is amazingly professional, more than reasonable in pricing, and super super fast. They do not skimp in on using the best product and the services that they provide is second to none. They finished my water heater install same day in the snow within 2 hrs from call, negotiating, delivery and removal. Will use in the future without a doubt. Pipe Doctor second to none!

Pipe Doctor is such a pleasure to work with the customer service department is so efficient. The plumbers were on time and a pleasure to work with. Mike G is a real professional not only is he meticulous in his work, he cleans up and makes the place look cleaner than when he would started. Would highly recommend their service.

Mike and his crew replaced my waste pipes. They took their time and did a great job making sure there were no leaks and cleaned up after they were done. Will continue to use them for other projects.

Mike and his crew are fantastic. Aside from exceptional work which is evident if you watch any of the YouTube clips, Mike’s knowledge is out of this world. Not only does he know his stuff, he also spent the time to make sure I had a solid background of the inner workings of the system. That’s very helpful to a homeowner!

Had the original boiler in our house finally go. Within 24 hours mike was here to put a brand new boiler in and we are warm again. Would definitely use pipe doctor again! 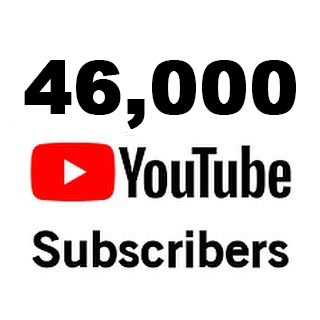